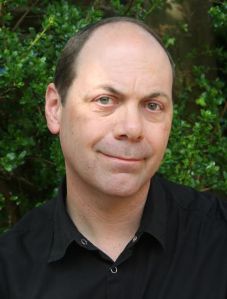 Andy Thomas is one of the UK’s best-known researchers into unexplained mysteries and global cover-ups and is the author of many books, including the acclaimed The Truth Agenda: Making Sense of Unexplained Mysteries, Global Cover-Ups and Visions for a New Era, currently in its third updated edition, plus a dedicated 2015 US version, and also Conspiracies: The Facts – The Theories – The Evidence, now available in several global editions. Andy’s history of the controversial crop circle phenomenon, Vital Signs, was nominated for Kindred Spirit magazine’s Best Book award, and his guidebook An Introduction to Crop Circles is a consistent bestseller in British tourism outlets. Andy’s books have been widely praised as the finest available overviews of their subjects.

Andy speaks regularly and extensively in Britain and abroad at both ‘alternative’ and mainstream events. He has given more than 1200 lectures over 24 years and is one of Britain’s most prolific public speakers in any subject.  In addition, Andy is founder of Changing Times, which holds events on mysteries and truth issues, and he is also the regular co-host of the renowned Glastonbury Symposium conference, the biggest and longest-running annual alternative event in the UK.

Andy has made numerous radio and TV appearances over the years, and mainstream spots have included Channel 4’s Richard and Judy, BBC 2’s Esther, ITV’s GMTV, BBC 1’s The One Show and Sky 1’s Pineapple Dance Studios, while Andy has also featured in television programmes in many other countries.

Andy is married to the respected psychological astrologer Helen Sewell (find out more about her work at http://www.astrologicalinsights.co.uk) and lives in East Sussex. His always balanced and perceptive views on unusual subjects have become widely respected for giving credibility to areas not generally given the coverage they truly deserve.