Join us as we discuss all things Karma! What it is…what it isn’t…and how do we best live within this powerful Universal Law.

Join us as we speak with John David Parker–an extraordinary soul on an even more extraordinary spiritual journey. John David Parker is a composer/producer who has had contracts with RCA. Once his contracts were complete he embarked on a magical spiritual journey. He visited with John of God in Brazil, he does trance work with his guides Calling Bear, Isaak, Hector and others and is a formidable hands-on healer. This will be a powerful show you will not want to miss! 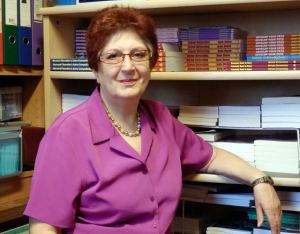 Join us as we speak with the multi-talened, multi-faceted phenomenon that is Sasha Fenton!

Sasha turned her childhood interest in palmistry and astrology into a career, adding Tarot, developing psychic abilities and working as a professional reader from 1974 for the next fifteen years. Later, she combined giving readings with teaching and writing.

Sasha has had 131 books published, and ten years of chapters for Llewellyn’s Annual Sun Sign books. Total book sales are in excess of 7.5 million copies, some with translations into 21 languages.

Sasha wrote the Stars Page for Woman’s Own magazine for six years and for the Sunday People newspaper for a year. She has written syndicated columns and pre-recorded phone lines for over 200 local papers, and many articles for magazines such as Fate & Fortune, Spirit & Destiny, Soul & Spirit, Prediction and every national newspaper, including the Times.

She appeared on The Psychic Show on Granada TV and United Artists TV for five years, among many others appearances.

Sasha has broadcast on radio and TV stations all over the UK, often on a regular basis, mainly for the BBC but also LBC for over five years and Talk Radio for two years. She has broadcast extensively in Australia and South Africa.

Among many teaching events, the big ones were the Festivals of Mind, Body & Spirit in London, Sydney and Melbourne, the London Tarot conference, Spiritualist conferences, Astrological Association conferences, a Pagan conference, the Astrological Lodge of London and many others. She has given hundreds of talks, once even for the Lady Masons!

Served twice as President of the British Astrological and Psychic Society (BAPS).

Former Chair of the Advisory Panel on Astrological Education (APAE).

Formerly on the Executive Council of the Writers’ Guild of Great Britain.

Currently Committee Member, and Chair of a sub-committee, for the Federation of Small Businesses in the UK.
Sasha’s day job (together with her husband, Jan Budkowski), involves running two publishing companies – Zambezi Publishing Ltd (Mind, Body & Spirit titles) and Stellium Ltd (all other genres including fiction, all digital / ebook publishing, and a rapidly growing division catering for the full range of self-publishing services.)